My personal story with all “the juicy” details

My personal story with all “the juicy” details

In 2001, my kneecap spontaneously broke in half while I was walking down a flight of stairs. Yep, you read right. And ‘Ouch’ is right too!

It was a complication from an ACL (anterior cruciate knee ligament) surgery, and, it was without a doubt the most pain I’ve ever experienced. (I can vouch about this being one of, if not the most painful bone to break!) After this major life hiccup and 2 more knee surgeries, I did ‘everything’ to recover.

Now by ‘everything’, I mean what is typically seen as ‘everything’ from a traditional and Westernized medical model point of view: Physical therapy, exercise rehab, stretching, massage, rest. And repeat. I did it all. It was exhausting. I did it with incredible diligence and care. But something wasn’t right. Although I was strong, looked great, and was seemingly ‘functional’, I was still in a lot of physical discomfort and whole body achy-ness. Back then I worked as an exercise rehabilitation specialist and fitness trainer, and what I would’ve done if I were my own client was not working on me.

Luckily a physical therapist (physiotherapist for us Canadians) I was working with suggested I try out an alternative route. He suggested trying something called “Feldenkrais”. I did and it worked. And after 4 weeks of doing just Feldenkrais and nothing else (that was his deal with me) my body was as light as a feather.  No joke.

I remember during the tail end of those magical 4 weeks, surprising myself when I swung my bike over my back to walk up the stairs to my office and the bike wasn’t heavy. I wasn’t tired. My legs and spine had spring throughout. My muscle stiffness was gone and my ability to move and “groove” was 100%! Again, no joke!

Something was incredibly different and amazingly better. Little did I know that that ‘stair-climb-of-ease’ with bike in tow, was the inauguration of what would become my future.

So, I had to go back to the books

And that I did, for nearly another 10 years!

In 2004 I started studying the work of Dr. Moshe Feldenkrais, the founder of The Feldenkaris Method. It was an interesting time and brought a whole new understanding to what REAL physical function is and how it can be helped, changed and enhanced.

Between the years of 2006 and 2008 I really dug into this work. I taught classes of all shapes and sizes, built a private practice, became very involved in my community of fellow “Feldies”, and even started a project dedicated to educating more people about the wonders and need for this work in the world.

Around 2008, I happen to come across another stellar mind-body modality developed by Dr. Peter Levine called “Somatic Experiencing” (SE for short). Peter Levine’s work was the major ‘a-hah’ moment in my quest for that perfect mind-body combo. This work has deepened my ability to be present with myself and my clients in a way that is hard describe on paper.  To put it this way: it provided the missing link when I didn’t even realize a link was missing. I am eternally grateful for this!

Now, I’m melding, molding and intertwining all my skills into “what I do“. 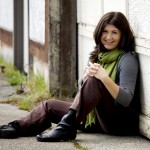 That’s me. And that’s how I ended up here; working with people, blogging about it, and essentially helping others experience all the goodness I’ve been fortunate to learn about our amazing and complex human system! Irene.

(ps. if you haven’t signed up for my blog, I’d recommend it – you’ll get interested reads, goodies and updates for new classes, workshops and retreats! Just look up to your right where it says ‘Get Your Own Groove’ – you just fill in your email, click on the little boxes and hit “Sign-Up”)