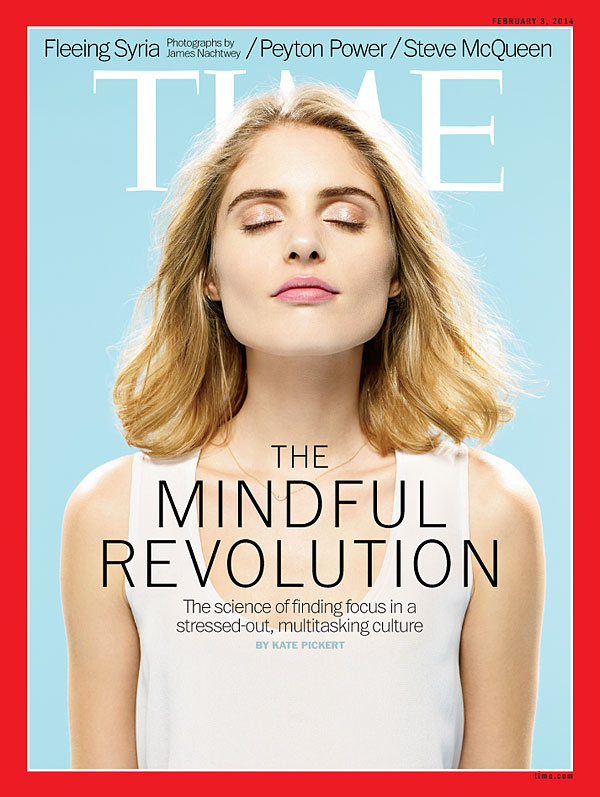 Do you find it hard to meditate?

Meditation has become quite the fad as of late. Dare I say – “en vogue”?

The February 3rd edition of Time magazine, featuring a cover photo of a luminescent woman, lures you in to read about “The Mindful Revolution” and “The science of finding focus in a stressed-out, multitasking culture.” As you read the article you learn how Google has brought in mindfulness practices such as meditation into their company to enhance work productivity, how the US military is finding ways to bring mindfulness to the troops, and how the common day individual has the ability to re-wire their brains and learn how to stress less.

Many of my clients ask me if I think meditation is a good idea, and typically this inquiry is due to 1 of 3 reasons:

1) They’ve been told they should do it, but have not resonated with it.

2) They’ve tried on their own accord and simply couldn’t make themselves sit still for more than 5 minutes before fidgeting and deciding something else was more important.

3) They have been doing it for years, and they are still struggling with their “monkey-minds” and destructive patterns that no longer serve them.

For the record, I am not against meditation.  I believe there is a time and place for it, but most importantly we must become more refined in how we take it on as a practice. Personally, I believe we need more movement, dance and singing in our culture, but that is another article for another time. My tendency when asked about all things meditation and mindfulness is to teach people the importance of inhabiting their bodies first (as so many of us are not in-tune with our bodies) and re-orienting to basic elemental pieces of SELF before diving into any attempt to achieve some form of mindfulness. As you’ll learn if you keep reading, it is my belief that mindfulness is an advanced practice and even those ancient folks who came up with it knew that it wasn’t a practice to be entered into lightly.

The real question to me is whether or not the rise in popularity of mindful-based practices are actually improving us as a collective species? If I were to answer this question right here, right now, in April of 2014, I would say (sadly) that “no”, these practices are not providing us (a westernized species/culture, struggling to survive and thrive in a very complex world) with what we need RIGHT NOW.

Again, does this mean that I disapprove of mindfulness and meditation as a practice? Heck no! Some of my best friends and colleagues are devout meditators and mindfulness converts. I believe the practice of Feldenkrais (one of my main professional practices) to be one of the highest forms of mind-body practices you can experience.

Here is the distinction that I would love to bring forward and suggest – mindfulness, and the practice of it, is an advanced practice and in order to do advanced practices with ease, efficiency, and most importantly SAFETY, we have do to some groundwork first.

Meditation for me is like the black belt of the mindfulness world. Take the martial arts as an example. Before you can the learn black belt skills in Karate, you must gain your white, yellow, orange, green, blue and the brown belts. It takes years and years before you are given permission or can do advanced work. Skills must be cultivated, practiced, and tested in a multitude of situations and circumstances. Remember Daniel in the Karate Kid? All the car washing and waxing, fence painting, and deck sanding Mr. Miyagi made him do? He couldn’t understand why Mr. Miyagi was turning him into a slave, and he was frustrated with him for not teaching him “karate” – but when it finally came time to learn the art of Karate, that base level foundational training was already there within him as a result of practicing and doing the arm and body movements via the tedious chores. When it came time to teach the actual practice of Karate, he was solid, and the pathways were already set for success. 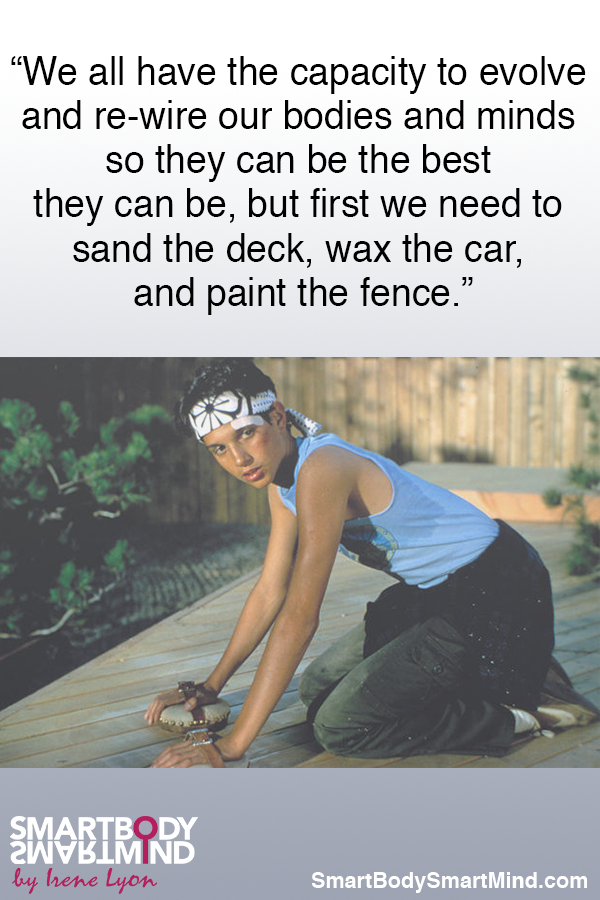 So back to the question of meditation and mindfulness…

Due to the complexity and craziness of our current day and age, the conditions in which many of these ancient practices originated no longer hold true for us. I believe we must learn some very important foundational roots before entering into our mind in the way our earlier cultures did.  A good friend of mine Chris Dierkes, a former Anglican priest turned soul reader and Reiki practitioner, says:

“Mindfulness type practices largely come from monastic culture where life is much more regularized and pacified than our society. I don’t think that’s been considered seriously enough in its larger social application in the West. Also, in the traditional form, first the student learned ethical practices and only later meditative ones. We’ve reversed the order (if ethics is even discussed at all). This is also a major problem I think.”

“I would say that the mindfulness traditions, as a method, tend to emphasize observation and witnessing. They want to create some distance from things. Also, they want us to go deeply. I think of them like depth charges into the core. But as depth charges they tend to disturb the ocean floor where lots of creatures acclimated to the darkness live. These creatures unaccustomed to the light are sent flying up into the psyche. At this point mindfulness practices don’t have a way to engage with these creatures directly, on their own terms (or so I would argue). If there’s a corresponding process(es) to deal with the creatures of the darkness then it can work. Otherwise the admonition is to keep observing and detaching which can actually lead to dissociation.”

This is bang on what I’ve come to observe in my practice. Those with troubled childhoods, and/or lots of trauma whether in the form of injury and/or abuse, or simple lack of emotional security and the basics elements of love, have tendencies to be either hyper-aroused, but more often than not tend to live in a dissociated state disconnected from feeling and connection with their bodies, typically because the past trauma has made it such that the body has felt icky and not like a welcoming place to inhabit. If we have these little creatures, as Dierkes puts it, that haven’t shown their faces in a while and we bring them up too quickly and don’t have the capacity, nor foundational skill set to be with the onslaught of their hot messy energy, it can be a very scary place to be, so much so that we end up re-traumatizing ourselves, freaking out, and then shutting down our systems (our emotions and bodily sensations) even further. This is not the path to healing and mindfulness.

Here is the good news…

If we take some essential steps towards improving and building foundational layers, just as the martial artists do, we can heal our past wounds, become mindful, meditate, do yoga, Feldenkrais, whatever you wish!

To wrap this up and give you some tips on where to go next, if you find it challenging to feel and tap into your physical bodily sensations, or maybe you have a tendency to lash out to others with emotions that don’t match the situation at hand, or perhaps you shutdown and bottle up everything inside when things get tough, then you are a prime candidate for building foundational layers first.  Even if you don’t fall into these categories, but you are uncertain if you are meditating “correctly” then I’d urge you to consider some basic groundwork skills so you can really tap into the mind with purity and presence.

We all have the capacity to evolve and re-wire our bodies and minds so they can be the best they can be – but first we need to sand the deck, wax the car and paint the fence. =)

If you’re interested in getting the tools you need to develop your mindfulness groundwork – check out my latest blog post 7 Tips to Help You Meditate. The post also includes a FREE audio exercise that will get you tuned into your body, your impulses, and your environment in a way that might be new to you – Click here to access it.