The “Real” Reason Why We Can’t Break Our Habits.

The “Real” Reason Why We Can’t Break Our Habits. 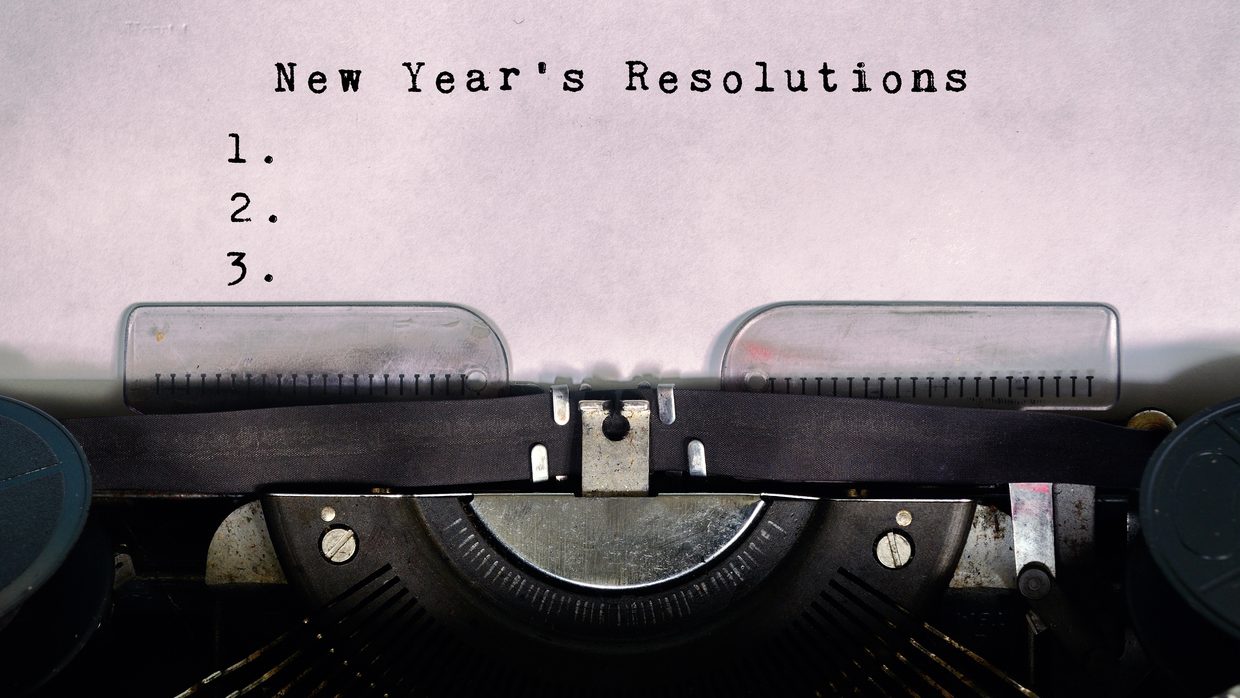 How are those new year’s resolutions going folks?

When I worked in fitness back in my 20’s I helped folks set up exercise and rehab routines. I taught them the basics, helped them set goals, etc.

SADLY, I would say that for every ten people I saw, maybe one (and I’m being very generous here) would really transform their desires to get fit, healthy and all that good stuff into a reality that was sustainable. They were the folks that would become regulars at the gym and would slowly improve.

Why our resolutions so often fail

I believe that a big reason those resolutions, however well intentioned, never solidly landed as a regular practice and behaviour set in these people’s lives was because they had very little internal drive. They lacked the genuine craving to get more active; to feel the vigour of their body in motion and to contribute to their LONG lasting health. (Translation: they were interested in the quick fix!)

Their reasons for being there were externally driven.

Or their attempts to become more active were sparked by a past memory of fitness and strength that might go something like this:

In this last example, folks tend to go full steam ahead and wind up injured and defeated because they thought they could get back something in two months that has been slowly deteriorating for over 20 years!

Tonight I was watching a launch video series put together by Canadian entrepreneur and motivational guru Robin Sharma.

(BTW: a launch video series is a series of videos used to inform and educate on a particular topic with, typically, the final video being an invitation to join a speciality program that focuses on the topics in the videos.)

His videos were focused on developing strategies to form new habits and making the next year your best one ever.

He lightly quoted a piece of research that came out of the University of London. Published in the European Journal of Social Psychology, the article stated that it takes 66 days to form a new habit.

Now, I respect Sharma’s work (I have most of his books), but I must play a bit of devil’s advocate with him here as this “66 day” result was the AVERAGE amount of time it took to form a new habit in this specific population of people.

In the research, this group of people were studied from a range of between 18 – 254 days. As the researchers stated:

Can you slack off when forming new habits?

It turns out that missing a day here and there is NOT a big deal, but going a full week or more will hinder your success.

I think this is interesting because during this New Year time we tend to go ALL OUT and we try to master our new habits right out of the gate, full steam ahead.  And then, we get down on ourselves when we don’t keep up with our chosen new habit every single day.

When we get into this “push” mentality we’ll often use force and willpower to keep going – and this kind of willful energy can drain our energy reserves fast! It is my belief that having a more skillful approach, such as being more calculated in when and how we instill our new habits, as well as giving ourselves realistic expectations, and simply being nice to ourselves while in this process are the key to succeeding.

So, what behaviour are you attempting to shift and change?

It seems that depending on the type of behaviour that needs changing, the bigger and more challenging the change that greater the amount of skill you’ll require.

Everybody has their own tactic.

For example, if you’re trying to drink more water every day you could try putting post-it note reminders all over your house, or you can program a timer on your watch or phone to go off every two hours.

But – if the existing behaviour that we need to change is rooted DEEP in the matrix of our entire being (primarily our biology and neurochemical patterning) you’re going to need more than a powerful tactic, or 66 days, or a positive affirmation, or a time on your fancy new watch.

It’s also important to mention that shifting these behaviours will also depend on how other individuals in your life (like your spouse, family, etc.) are wired in their own nervous system physiology, social engagement strategies and attachment biology (after all, it takes two to tango!).

When our behaviours are influenced by others, the shifting of habits is not so cut and dry.

Shifting an inter-personal behaviour is a way of life, not a ‘simple’ short-term project. This, I believe, is why so many of us fail with big-picture health goals.

It deserves a lifestyle approach without a start or end date.

How young University students influence what we believe will work for us:

The other interesting thing with this piece of research (as with most social psychology research) is that they studied university students who were eager to cash in 30 British pounds for partaking in the 12-week study.

When such pieces of research are quoted, we often forget to ask questions like, “Who was being studied?” and “what was their incentive?” etc.

This is ever-present when you hear about mindfulness and its changes on the brain, or the impact of various foods on immune system health.

The bulk of what our research tell us is in reference to those who are younger and middle to upper class – those living in an affluent Western world.

It is their brains and humans systems we are learning from, comparing ourselves to and attempting to “copy.”

[Unless of course, it is field or epidemiological research wherein the study is actually investigating a specific population of people, such as the elderly, or sick, or male, female, tribal or city-folk, etc.]

For example, if we were to take many of these studies into native tribes in South America, the nomadic cultures of Mongolia, or even a less than perfect sample of Westerners, the results would have massive variation…they’d be different. For a completely different sample size and demographic it might show that we need 10, or 10,000 days to shift a habit!

Or even, heaven forbid, a lifetime. 🙂

Here’s the thing – how we change or adopt a new habit or behaviour is complex and is dependent on SO many factors.
What the research says usually doesn’t apply to us (unless we are within that University population).

If you are on a track to shift something this year, first ask yourself this question:

Why do I want this? (Is it for me or is it for someone else? Is it because society deems it important?)

If you can answer that question, and the answer you get is a big “YES I WANT TO DO THIS,” that speaks up from your internal and instinctual biological desire for health and wellness, and not from vanity, outside pressure, or social agreements, then, and only then, should you start to seek out the support, guidance and protocols to instill this newly desired behaviour.

If, though, the answer is related to one of those external motivations, or you don’t really know why, or if you don’t know what I mean by feeling internally motivated, it’s likely that there is some more foundational work that needs to be done first to address the old wounds that may be getting in the way of feeling what you actually want for yourself.