Why So Many Entrepreneurs Spin Their Wheels & Stay Stuck (Even When Doing “All” the Right Things!)

Why So Many Entrepreneurs Spin Their Wheels & Stay Stuck (Even When Doing “All” the Right Things!)

The term ‘inner game’ was coined in the mid-70’s by tennis athlete and coach, Tim Gallway. Tim’s first book, The Inner Game Of Tennis, was not about technique and figuring out your opponent’s strategy, but rather figuring out how your own internal, or inner game world, works, either for you or against you. On his website he writes:

“Every game is composed of two parts, an outer game and an inner game. The former is played against opponents, and is filled with lots of contradictory advice; the latter is played not against, but within the mind of the player, and its principal obstacles are self-doubt and anxiety.”

Tim was well ahead of his time by studying and experimenting with the mind. 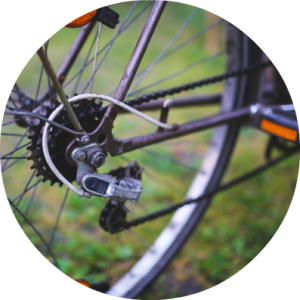 After all, at this point in our history, mindfulness and meditation was not mainstream, and the knowledge and science that we have today around the brain’s capacity to change, heal and grow, what we now know as neuroplasticity, was pretty much non-existent. He devoted his skills and experiments to the study of the mind, its connection to the body and eventually developed an internal ‘inner game’ process to enhance awareness of the person involved as well as how the person interacted with their environment, which in this case was the tennis ball and tennis racquet.

This concept of inner game caught on like wildfire in the sports psychology world! He then proceeded to write other books for skiing, golf and even music. A natural progression then occurred as he dipped into the inner game of stress and the inner game of work. Knowing what we do today about the effects of stress on workplace productivity, not to mention the new science of psychoneuroimmunology, which is essentially the study of our mind and how it affects our body’s neurophysiology and immunity, we can really see that he was onto something.

This is where the *new* inner game comes in.

Let’s say you have a deep belief that you can’t succeed in the business you are working on. Maybe you have reached some kind of an upper-limit problem and you can’t break through on a specific project, or article you are writing.

Another example could be with your health goals. You know you want to lose those ten pounds or get out for walks daily because you know it makes you feel better, but something stops you dead in your tracks and you procrastinate.

Perhaps you constantly self-sabotage yourself and make stupid, careless mistakes you know how to avoid and you even see yourself doing it, but you do it because deep down you are afraid to succeed, be seen and get attention.

Although these examples are varied, they show a desire to succeed in some walk of life. A desire that is in some way thwarted by internal struggles. Typical inner game coaching might explore the beliefs and thoughts about your capacity to move forward to your goal and that exploration would be with the awareness of those beliefs and thoughts and how to change them to have a different mindset.

This can work and does work for some. For others it works initially, but then a month or year later those same issues are still lingering and festering in the person’s psyche and it just doesn’t have any long term success because there is something missing in the equation.

Many of these thought-based patterns that are embedded in our psyche are the result of past experiences that typically involved other people and their negative perceptions of us. These were often accompanied by some kind of body-based reaction that involved wanting to fight, flee, freeze, or all three (fight, flight, freeze). This is especially true if these negative projections came from a care provider or close peer group.

Creating shifts in our mindset, meaning our self-talk statements that stem from our limiting and harmful beliefs, is usually addressed via inner game work that is cognitive, meaning…it is highly thought-based.

It also often has an emotional and/or ‘energy feeling’ connection. But the trouble with only addressing the cognition and/or emotion/energy is that you don’t tap into how those embedded beliefs, and the emotions that go with them, have been connected to the body via survival energy (that fight/flight/freeze I was talking about).

I believe the reason the inner game that Gallway proposed was so useful in sports was because he was directly using a person’s body experience: their movement, and the refinement of their movement, in relationship to their mind. Truly the ‘inner’ processes.

The inner game we see now in current business and entrepreneurial culture is dualistic at best but not integrated into the complex nature of the human system.

I stumbled across this idea of a new inner game because of interactions with many of my peers who are business owners and entrepreneurs. It seems that many of their upper limit issues, and also certain areas of their lives that are less than ideal (health and relationships are two common examples), can be connected back in time to some adverse experience and/or a strong limiting pattern of beliefs that are not only locked in their psyche and thoughts but more so, in their body sensations, emotions and behaviours and of course how their nervous system sends signals to all of the above.