Helping the kids starts with healing the adults

Helping the kids starts with healing the adults

I was on a podcast show this week, and the host asked me what parents should do when they realize they have done “all the wrong things” with their infants and children.

When I write “all the wrong things” I don’t mean obvious abuses of the physical, sexual, and verbal varieties (I hope it is a given that that IS wrong!); I mean the insidious and often not thought of as stressful and traumatic kinds of things …

For example, something that is frowned upon by those in my world of nervous system health, is practicing what is called CIO, or the Cry It Out method. This was once thought to be – and sadly still is by many – “needed” to teach an infant how to self-regulate and learn how to cope with their emotions.

In this specific case, of leaving an infant to cry themselves to sleep, we now know that this does NOT create nervous system self-regulation. It puts a little tiny human into a state of fear and a “no one is coming” survival (somatic) mode.

When the infant registers that no one is coming, one of two things happen:

In this latter case, the baby might still be awake, but they are awake with a level of conservation physiology that is in fact very stressful on them.

In such a case, this infant is often deemed a good baby because they’re getting quiet all on their own. This quietening down (read: shutdown physiology) is mistaken for self-soothing and self-regulating. One could say they are in fact “self-regulating,” but it’s on the spectrum of survival stress and fear, rather than what we want to teach them, which is self-regulation via safety, connection, attunement, and healthy social engagement.

I share this example with some of the physiological components as an introduction to today’s video because I have found that helping children and infants with positive self-regulation and learning solid resiliency starts with US, the adults, being better with our self-regulation and resilience, plus learning the ins and outs of our somatic self and autonomic nervous system.

It has often been said that hurt people hurt people, which I know to be true from just living and being human, but we could easily flip this to say: healed people help build healthy people.

While this is not my quote, it is one I love from Jane Goodall and felt right for current times: 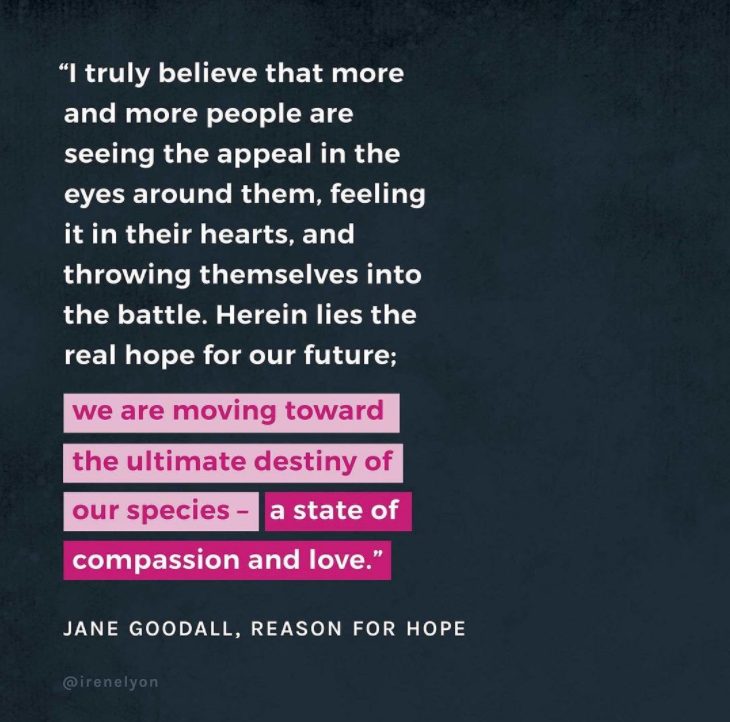 When I read this book (A Reason For Hope) AGES ago, I underlined this passage, and while it may seem incredibly hard to imagine this kind of destiny in this present moment, I believe we are moving in that direction.

Remember that our personal actions towards greater healing & health will contribute to our global vitality. Every little drop of nervous system health and healing counts.

Extra Resources to Complement The Video:

VIDEO: Long-form special topic lecture, What it means to be trauma-informed

VIDEO: How to create healthy humans starts here (it’s not what you think).