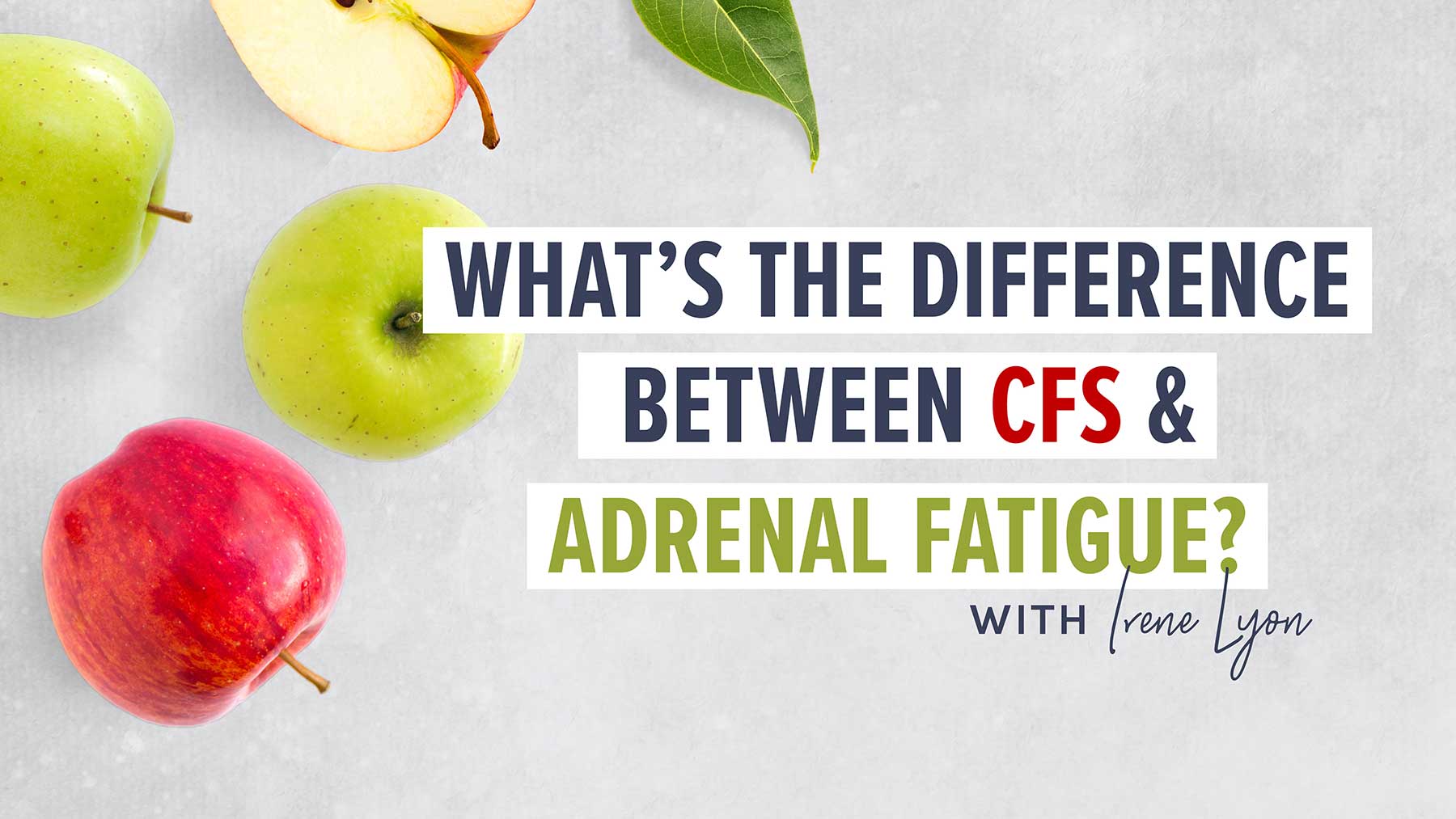 This mini-article was inspired by a question someone had for me on social media.

Chronic fatigue syndrome, more commonly known as CFS, and adrenal fatigue usually go hand in hand. Often, adrenal fatigue* is lurking and festering for a long time, even as children and in the teenage years, and then the CFS comes in later.

To use an example from another health-related area: it’s kind of like having toxicity in the body and cells for a long time, the system being depressed in the immune system etc., but no signs of say late stage cancer, or autoimmune disease.

The toxicity and lack of luster health would be like adrenal fatigue, bearable, and one can live with it, and it is almost just part of western society, and then the serious illness (late stage cancer; autoimmune disease) is the CFS.

So, a body can have a massive imbalance in flow and circulation, etc., but not be “sick” per se (even though, in my opinion, it is sick), and then the syndrome is when it presents as something that a person can no longer ignore – like the massive tumour, or a liver that doesn’t work anymore, or body parts riddled with inflammation, or severe circulatory troubles, etc.

At this point in our world, most aren’t connected enough to their bodies to know they are in that first stage of imbalance, as it is just kind of the norm of western living and chronic stress.

To bring it back to the original question: adrenal fatigue is usually present well before one would experience what is described as chronic fatigue syndrome.

Other ‘syndromes’^ are fibromyalgia, Raynauds, IBS, migraine headaches, anxiety disorder, depression, interstitial cystitis, complex regional pain syndrome (aka: RSD), just to name some of them, and typically, adrenal fatigue would also be present here as the overall system has been stuck in a state of fight, flight, and freeze survival strategies as a result of unresolved early adversity/trauma1.

*I wrote an extensive article on the two stages of adrenal fatigue that you can read here.

^Syndromal representation, or a syndrome, is what I, and my colleagues in the somatic fields would call CFS, Fibromyalgia, Raynaud’s, IBS, migraine headaches, severe premenstrual disorder, anxiety disorder, interstitial cystitis, to name some. Others might define it as a cluster of symptoms (that then make up a syndrome).

1a – The Adverse Childhood Experiences Study (ACE STUDY) and its findings, as described in the book, Scared Sick: the role of childhood trauma in adult disease.