Why I said YES after 4 days. A love story.

About two years ago, I was deep in the woods of Oregon, surrounded by the first snow fall of the season.

I was visiting a man who I had met about one month prior to this time. We met at his home, a resort called Breitenbush Hot Springs.

When we first met, it was incredibly platonic.

I was on personal retreat licking my wounds and tending to my discoveries from my trainings in the Somatic Experiencing realm.

He was tending the dining hall and minding his own business.

We talked, learned a bit about the other. 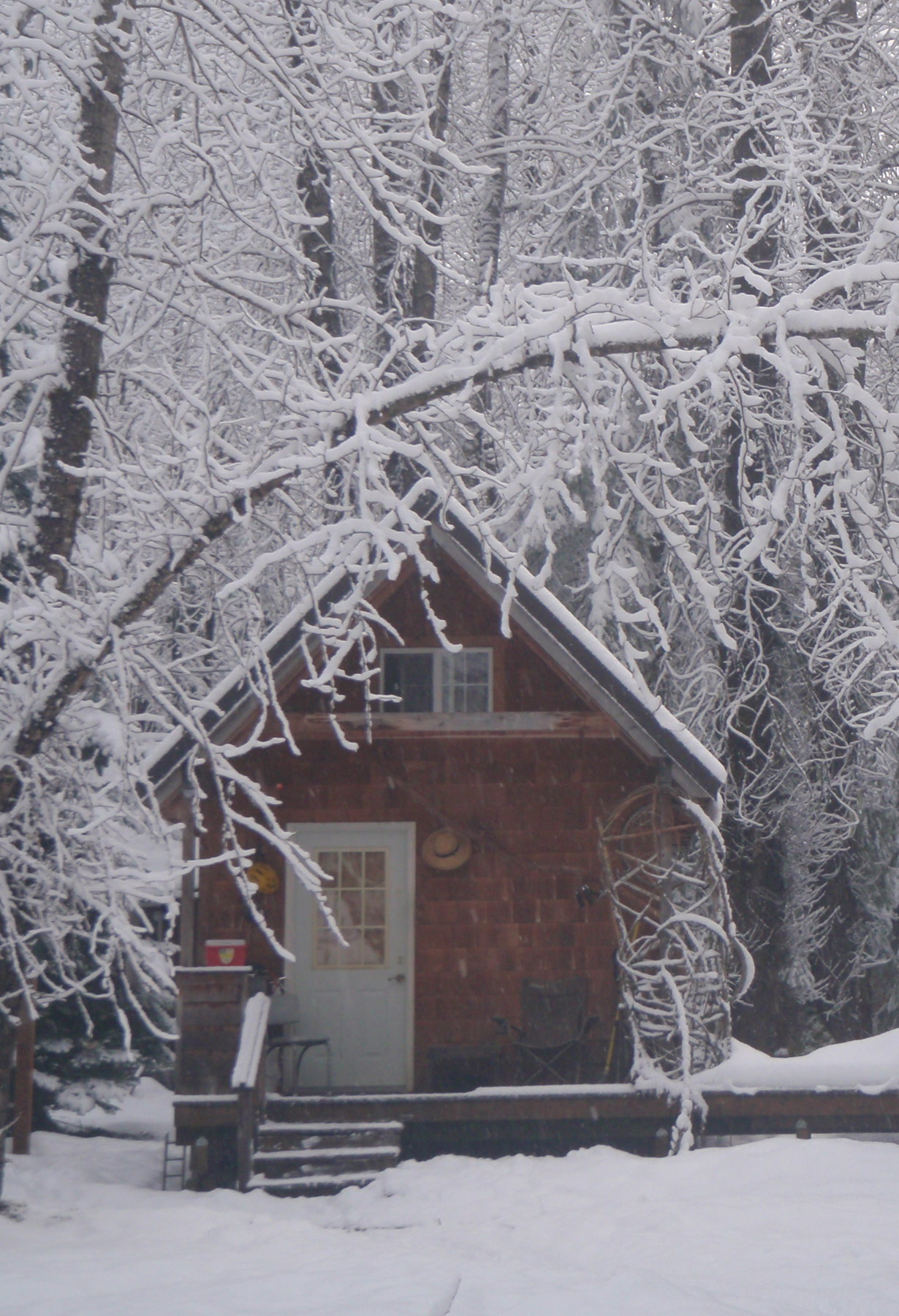 The most I knew about him was that he cooked food for literally hundreds of people a day and in his free time he composed all kinds of music from instrumental to orchestral. He was also the drummer for “the” metal band while in college!

All he knew about me was that I was some girl from Canada, who had been in Ashland the day before interviewing some Aikido black belt on the use of swords, and that I practiced some “stuff” called Feldenkrais and Somatic Experiencing.

Even though our interaction was only casual talk in the dining hall, when I returned back to Canada I missed him deeply and something said to me,

So I decided to tell him this and within a few weeks, I was back in the woods, amongst the snow fall I mentioned above.

The first night we hung out, he played me his music. (yes, in that cute little cabin just above).

I liked his music. He liked me. I told him he was crazy to stay in the woods and not pursue his music.

After four days he proposed.

For those of you who know Seth, you know how the story goes.

And he said YES to leaving his few friends on the planet and leaving a true sanctuary in the woods.

Malcolm Gladwell, the author of the book Blink: The Power of Thinking Without Thinking, writes about decisions that are made in a blink of an eye.

He says that the most important decisions, like your future home, your future spouse – big decisions that could potentially change your future – are best made without thought and with PURE UTTER GUT INSTINCT.

Go with those instincts they have much to tell you!